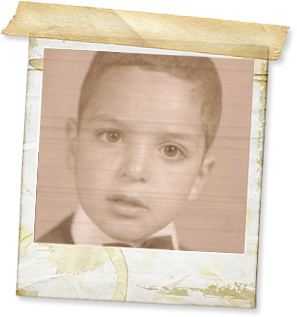 Micha Biton is one of the early pioneers of the renowned music scene in Sederot, Israel. As a small child he performed in major festivals and competitions representing his city and was considered a musical child prodigy. His father, Amram Biton, recognized his musical talent when Micha was only the age of five, and he encouraged him even then to take the stage. Micha sang songs in Spanish, Moroccan, and French and captivated the audience. Micha grew up in an extraordinary musical neighborhood, where creativity abounded while children sang and played instruments. They formed informal youth ensembles and dreamed of the bands that they would create. At the age of nine, …Micha already knew in his heart that music would be his life and his livelihood.

But Micha’s life took a dramatic turn when his father, Amram died suddenly at the age of 41, leaving his widow, Perla, to care for 10 young children alone. The oldest was 14 years old and the youngest was only 11 months old. Micha was nine when his father passed away; an event which profoundly impacted his outlook, writing, and personal direction. After his father’s death, a decision was made to move Micha to a foster family in Jerusalem; a decision that would forever change Micha’s life. Micha became the foster child of the author Galila (and Avi) Ron-Feder, and eventually would become the subject of her most beloved youth novel “El Atzmi.” Over the past 40 years, over a million children have had the pleasure of reading this moving story about finding hope through despair and of seeking light through darkness. He has been singing ever since, in synagogues as a youth cantor and now on stages all over Israel as well as throughout the world.

But Micha is much more than the character in a story. His dramatic childhood, along with the impact of his strong Moroccan ethnic roots in addition to the experience of Galila and Avi’s cultural Ashkenazic influences, led to the formation of the musician he is today. He passionately calls upon both sides of his upbringing to create songs of hope and joy. Founder of the popular band Tanara in the 1990s, Micha was one of the first Israeli musicians to experiment with “Ethnic Rock,” combining Western rock music with Moroccan inspired scales and instrumentation. He can be seen in the movie “Rock in the Red Zone” to understand the story of this kind of music, and see his life today along with other artists from the Sderot area.

Following Tanara, Micha released five studio solo albums of original music, one album of prayers and psalms (ancient and original texts) and a live compilation album/DVD from all of his original works recorded in Tel Aviv in March 2016. Micha performs across Israel and abroad, bringing his story and his songs of inspiration and joy to audiences throughout the world. Follow the links below if you like to reach out to Micha or book a concert.